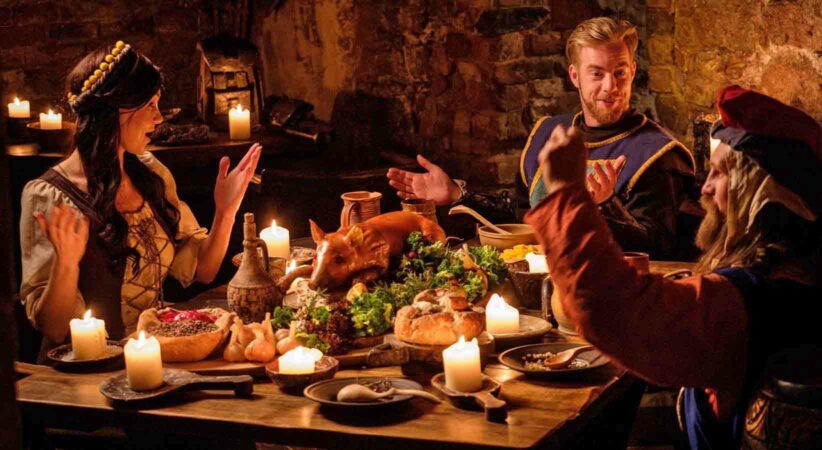 History of the English Language

English speakers and learners know that the language is a complicated one. Silent letters, synonyms, and words spelled the same but pronounced differently (heteronyms) are all frustrating parts of learning the English language. How did it become so complex?

English language learners may benefit from learning about the evolution of English. An understanding of why English shares so many words with other languages may be helpful while learning vocabulary. Knowing the roots of the language may also be useful for understanding word origins and language rules. Additionally, knowing some history of English can expose learners to historical and cultural works, such as Shakespeare or Chaucer.

The video below is a great overview of the history of English.

English’s evolution is tied to conquering. It began with the arrival of three Germanic tribes who invaded Britain during the 5th century CE. The invaders’ Germanic languages clashed with the Celtic languages native to Britain. English language evolution is generally separated into three eras:

“The English language is like a stew made from every ingredient in the pantry. But don’t be too irritated with English. The same thing that makes English so frustrating with regards to spelling and pronunciation is what makes it so rich in other ways.” – Next Step English

English is a true hodgepodge of other languages. Learning the history of the language helps us understand the origin of some of the oddities of English. Check out the resources below to learn more about the history of English and how to teach it.

Back to Basics: Decoding

Welcome to our Back to Basics series! This week we are discussing decoding, a key skill for learning to read.

Back to Basics: Sentence Combining

Sentence combining is a great exercise that helps learners improve the quality of their writing.