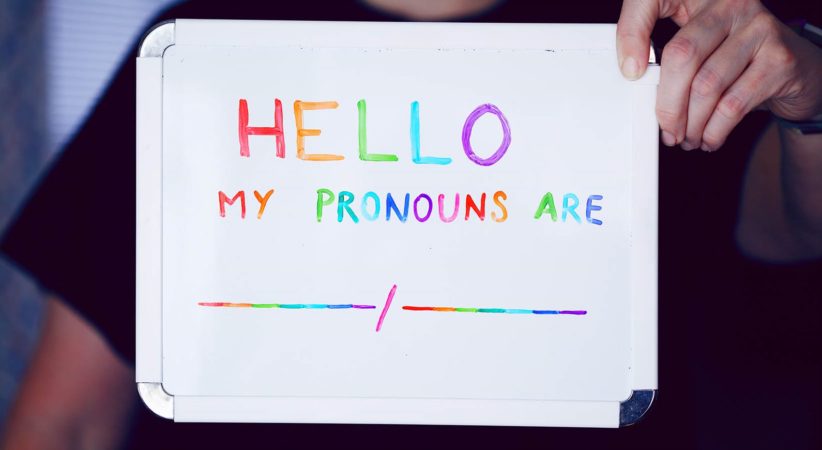 Are you familiar with gender-neutral pronouns?

“It is a privilege to not have to worry about which pronoun someone is going to use for you based on how they perceive your gender. If you have this privilege, yet fail to respect someone else’s gender identity, it is not only disrespectful and hurtful, but also oppressive.” – Lesbian, Gay, Bisexual, Transgender, Queer Plus (LGBTQ+) Resource Center

What are gender-neutral pronouns?

Personal pronouns are used in English every day. They refer to people without using their name.

People can make assumptions about gender and pronouns based on a person’s appearance or name. These assumptions may not be accurate. There are more gender identities than male and female.

Why do gender-neutral pronouns matter?

You can’t know someone’s pronouns by looking at them. Asking and correctly using pronouns is a way to show respect and create an inclusive environment.

Here are some ways people are sharing their pronouns:

Note: Not everyone will want to share their pronoun for a variety of reasons. Never force it. It is always correct to refer to someone by their name.

Today is the tenth anniversary of International Plain Language Day!

October is Learning Disabilities Awareness Month! Learn how you can participate.

Women have been disproportionately impacted by COVID-19.