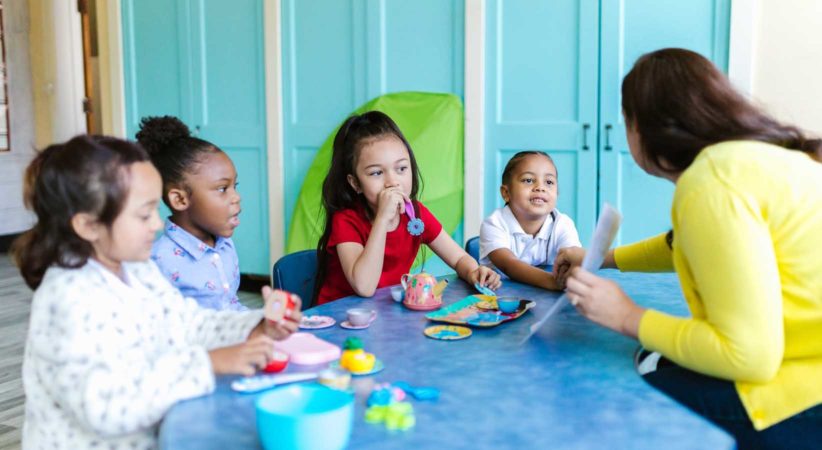 British Columbia is a province of diverse peoples and languages. As of 2016, 28.6% of residents’ mother tongues were neither English nor French. In Metro Vancouver, that number is even higher at 40%. Research shows that teaching children to read in their first language promotes greater reading achievement in English, as well as math, conflict resolution and executive function.

“Researchers have discovered that by encouraging multilingual students to use their home languages alongside the language of the classroom, they come to view themselves as talented and accomplished speakers of multiple languages who are more likely to engage academically, rather than feeling limited by their current abilities in the school language.” – Dr. Jim Cummins

Multilingualism should be recognized as a child’s asset. Some parents worry that speaking multiple languages might confuse a child or hold back their speech or comprehension. But research shows that there is no limit to how many languages a brain can learn.

There are many strategies to help encourage multilingualism. One tip is increasing exposure to native or fluent speakers of the desired language. Exposure must be continual in order to avoid the “use it or lose it” factor. A good place to start is singing songs and reading books to get children used to the sounds of a language. It’s important to remember that although frequent exposure and use is key to retaining languages, any exposure is better than none.

The IPALS program is one example of a family literacy program promoting both a child’s first language and English. It also successfully demonstrates the literacy gains achieved by encouraging both. For tips and activities for encouraging multilingualism in early and family literacy, check out the links below.

In honour of Orange Shirt Day and National Day for Truth and Reconciliation on September 30, we are reposting this blog from February 2018. It has been updated to include …

Knowing words to express emotions is important for mental health.

With schools closed and social distancing in effect, there will be opportunities for children to spend more time indoors and online. If they’re going to be online, they can be …